To Jason Stacy, coach to Aryna Sabalenka, high performance coaching is so much more than preparing the body for competition, it is also about preparing the mind.

Over the years, Jason has adopted a unique approach to training, entitled ‘Mindset & Movement Mentorship.’ “It’s finding just the right amount of each ingredient for the individual, while also finding the right balance of the right elements, at the right time, for each moment. You can’t have mindset without movement or movement without mindset. How we move influences our mind, and how we think and feel influences how we move,” he explained.

“Everyone is training, everyone is doing the drills and practicing. So, why is it that one person can perform when it counts and the other can’t? It’s about developing that character to be able to pull the trigger when you need to,” said Jason. “We take a person first approach. Secondly, we look at the athlete, who they are and how they move. Lastly, we look at the player. That would be the specific position they play or the style of play they have.”

For Jason, getting to know the athlete he is working with on an individual basis in the most vital aspect of training. Not only does he get to know them personally, but he seeks to learn about their past playing experiences, previous coaching experiences, and where they come from. Everything is focused on connecting with the athlete and getting them to where they hope to be.

Although Jason never played tennis growing up, he quickly became enthralled with the sport’s culture. “You have to be very adaptable in the moment. You don’t know what time the matches are going to start. Often times, you don’t find out what you’re doing tomorrow until the night before. For me, I enjoy that environment. I thrive in those environments,” he explained.

Jason kick-started his experience in tennis working closely with Dmitry Tursunov after being connected with him by a mutual friend. The partnership turned out to be extremely successful, eventually leading Jason to work with the Russian and Kazakhstan Davis and Fed Cup teams. After a few years of travel, Jason opted to take on a consultant-based role for his tennis players in order to spend more time at home. As fate would have it, Tursunov then contacted him about a player he had been working with named Aryna Sabalenka and asked him if he would be interested in becoming her trainer. Jason could simply not pass-up the opportunity to work alongside the player-turned-coach who he got his start in tennis with over a decade ago.

Following a breakthrough year for Sabalenka, Jason’s goal is to continue to build on the success through his signature Mindset & Movement Mentorship training approach. “She didn’t just start playing tennis. It’s not an overnight thing, she’s been working really hard. If you look over the last couple of years, not just last year, she was slowly building to where she is now. She genuinely is driven and wants this so badly. Her mindset makes all the difference. She is willing to show up, do the work, take the advice, and apply it as best as she can,” he added.

Sabalenka has always been known as an extremely powerful player, which comes from her natural strength and body composition. However, Jason believes her strength is also a result of her internal mindset. “She loves to fight, she loves that feeling of when she makes the perfect contact on the ball and the ball just goes flying. She craves that feeling,” he explained.

Jason’s job is now to help Sabalenka become more efficient with her power so she is able to move better, not waste time and energy, and become more consistent. According to Jason, this year will prove to be a challenge because Sabalenka will no longer be able to rely solely on her strength due to the fact that opponents will be more familiar with her style of play. “We’ve taken a few basic movements specific to her style of tennis and broken them down to see the flaws. We’re teaching her how to have more ankle mobility, how to load, and get into lower positions better,” said Jason. “We want her to learn to control her own body. She seems very mature physically, but she still has the youth of not understanding what she’s feeling and why. A lot of our time is spent helping her become more aware of her body.”

Another point of emphasis within Jason’s training involves learning how to properly decelerate. The saying he often turns to is, ‘She who stops the fastest wins.’ Tennis is not a sprint because players are stopping and starting countless times throughout the course of a match, constantly chasing balls and reacting to their opponent.

“Your body is only going to allow you to go as fast as it knows you can control. If it doesn’t have the ability to control a movement, it’s not going to allow you to accelerate any faster,” Jason explained. “To make your athlete faster, get them to be able to stop better. If they can control their deceleration and recover faster, they are going to be faster without actually making them faster, they’re just ready to go before the other person is.”

With Sabalenka specifically, Jason has focused on trouble spots within her movement to improve her deceleration skills. To get her to fix these areas, Jason will put her in the position and load it in order to strengthen her body, mind, and nervous system.

“I put her in the position of the error, get her to gain an awareness on how to strengthen the weakness in various ways, and then go back and do the movement slowly to help her see the range of what she is supposed to do. After that, it’s about continuously practicing the movement so that it becomes automatic in the body,” Jason reasoned.

For tennis players looking to improve their deceleration skills, Jason encourages asking a coach or fellow player to watch the entirety of your movements when hitting the ball, all the way through returning back to the starting position. Watching the complete movement pattern will alert the coach to any weaknesses that may be present.

“Take the drills you already do, like line drills and ladder drills, and do them with a band. Focus on creating more force for the player to be able to stop with the extra momentum from the band,” urged Jason. “Make sure you realize every movement has a beginning, middle, and end. We focus so much on the explosive part, but then miss the transition from one rep to another.” 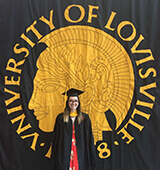