Today, we are highlighting Diana Stauer – a professional model and an artist. If you use the TennisPAL app, you have come across her fun and whimsical posts in Moments. Her pictures always look perfectly choreographed, right down to color composition and lighting.

When and how it all started?

During Boris Yeltsin’s presidency, tennis as a sport gained popularity in Russia – in part because the president himself was an avid tennis player. Playing tennis became the fashionable thing to do. Aside from its cultural cache, tennis was the perfect way to keep fit and be social.

Growing up in Russia during those years, Diana’s passion for tennis became apparent early on. Her favorite toy as a child was a miniature tennis set. While in university, tennis became an excellent way for Diana to meet other students and make friends. Her circle of tennis-playing friends became like a second family to her – they all shared a passion for the sport. For them, tennis was a lifestyle.

Who were her tennis idols?

She remembers following Yevgeny Kafelnikov’s victories against Michael Stich at the 1996 Roland Garros and Thomas Enqvist at the 1999 Australian Open. When Kafelnikov won the gold medal at the 2000 Sidney Olympics, her entire family celebrated the win.

Today, Diana’s favorite player is Maria Sharapova. Diana has closely watched Sharapova’s career and is a big fan of hers. In some ways, Diana has followed in her idol’s footsteps – living in Florida, working as a model, and playing tennis. 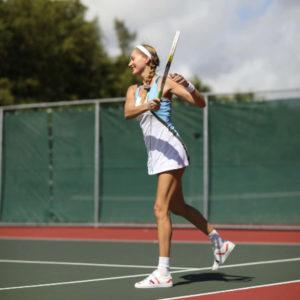 There is a funny story about Diana and Sharapova. About ten years ago, when Diana was in Australia during the Australian Open, people mistook her for Sharapova! She was staying at a five-star hotel during the games. Hotel guests wanted to take pictures with her, and the staff gave her the best service.

What role did her coach play?

Because she travels, Diana has worked with many coaches across different countries. One of her favorite coaches was Massimo from Milan. He taught her the importance of concentration. The rule was this: “All that matters is the tennis ball. Nothing else exists. Focus on the ball.”

What does tennis mean to her?

For Diana, tennis is more than just exercise – it is a way of life. Beyond physical strength, tennis helps her build mental and emotional stamina. It teaches her how to deal with social challenges. It increases her capacity to overcome stress and life’s challenges. She says, “tennis is a game that uses physics and geometry. It is based on evaluating the angle and direction of the ball. This means better problem-solving off the court.”

How did she find out about TennisPAL?

Diana wanted to play tennis more often, so her friend Tatiana recommended TennisPAL. The app has helped her meet new people, some of whom have become good friends – part of her tennis family. What she likes about the app is its ease of use. She hopes TennisPAL continues to connect more players and help everyone play more tennis. Her message to other tennis people is:

“Get this app if you want to improve your game and find new tennis partners!”

Some factoids about Diana: 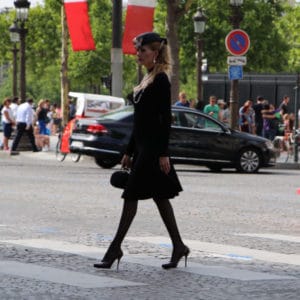